Foreword: – The political views and opinions expressed in the following articles are based on the working-class experiences of someone around at the start of WW2. 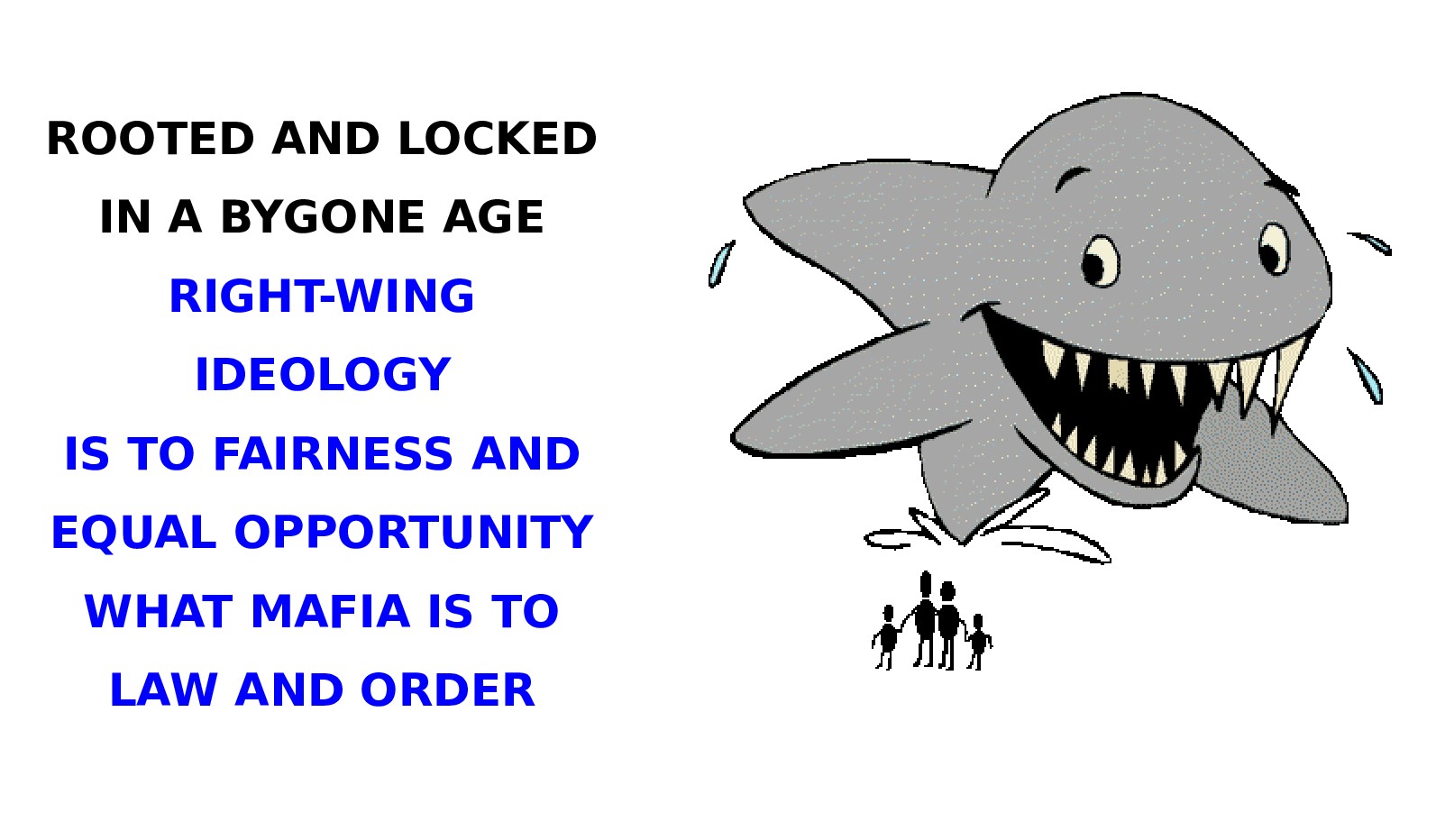 RIGHT-WING IDEOLOGY – AT ODDS WITH THE VALUES, SENSES AND MORALITY OF THE 21ST CENTURY

Self-serving, self-seeking and unchristian – if there is an evil force stalking this world, Right-wing ideology would be of its making.

Never in modern times have the lives, livelihoods, well-being, dreams and aspirations of so many been so cruelly trampled by the political ambitions of so few.

Built upon the pillars of greed, selfishness, exploitation and corruption, Right-wing ideology is a monster that stalks the world, its total lack of morality, in stark contrast to that expected of those whose life’s it has come to dominate.

Created as a means to sustain a status quo rooted and locked in a bygone age, it serves the few, well, helping preserve and consolidate a privileged way of life at odds with the values, senses and morality of the 21st century.

Even to this day, the age-old practice of ones’ ‘station’ in life being determined at birth, largely remains. Effectively restricting the boundaries of those born of the many, while virtually presenting a free hand to those born of the few.

And now, as we enter the 3rd decade of the 21st century, it is patently obvious that, to a large degree, little has changed. The few, still holding sway over the lives of the many.

When – in the 21st century, instead of just providing a ‘living’ for the many, society could, and should, provide a life ‘lived to the full‘  by all, not just the few.

Think of it as ‘Societyism’. No such word? There is now.

SOCIETYISM is about empowering the millions of ordinary people that make up the ‘many‘ – replacing a status quo rooted and locked in a bygone age, with something in keeping with the values, senses and morality of the 21st century. Something truly progressive and all-inclusive; a far cry from the suppressive, exploitative nature of Right-wing ideology.

Something that, from cradle to grave, puts all on an equal footing.  Offering each and every individual able and willing to play their part, an equal opportunity to enjoy the very best life has to offer.

No ifs. No buts. No privileges. Just respect for being whatever their part of the whole that makes for a fair and decent society.

I have had my time, the future is yours. Don’t allow the few to hijack it by keeping you subservient to their demands and those of big business.

Can it be  right that – in the 21st century, millions still can  be made  to suffer poverty, pain and deprivation by an ideology  thrust upon them by the guardians of a bygone age?

A selfish ideology – with no sense of common good?

Clipart used with permission from Microsoft

The author of this blog was born working class in the 1930s and grew up well aware of the appalling plight of the pre-WW2 lower class and the continuing, post WW2 struggle to create a fairer society, becoming a lifelong, committed socialist.